With the wiki now seemingly everywhere – burrowed deep within major corporations, banks, and law firms, employed in sectors as disparate as publishing and politics, and spying and shopping -- the time is now right for a comprehensive look at the newest new media phenomenon -- the next Next Big Thing in our astonishing and ongoing Information Revolution.

The examination would begin with a look at the origin of the wiki and a profile of its creator, the visionary software developer Ward Cunningham.

The second segment would examine the origin of the fantastically successful Wikipedia project, and its charismatic leader, an Internet entrepreneur named Jimmy Wales.

Some segment categories we've identified are[]

There are many sites, much like this one that try to use wiki technology to study and explain the effects of open communication and the connected village. One such is ConnectedIntelligence.com which attempts to write an open source article about just that: connected intelligence.

The Wikimedia Foundation is a nonprofit organization that runs several wiki sites and databases. The projects under its umbrella include Wikipedia, Wiktionary, Wikiquote, Wikibooks, Wikisource, Wikinews, Wikimedia Commons, Wikispecies and Wikiversity.

Livin' just enough for the wiki: We have recently found a wiki called Torontopedia that serves as a tourist's guide to all things Toronto. Do you know of other city-specific wikis? The oddwiki-hive / city-wiki-center gathers city-wikis. 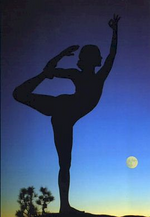 Whether you are a practioner of yoga or of Christianity, these wikis instruct your mental well-being by emphasizing a spiritual connection. Check out The Catholic Wiki, The Buddhist Wiki, or WikiYoga.

From the Los Angeles Times' failed experiment with reader-written ‘wikitorials’ to later success with same by The Argus Leader of Sioux Falls, South Dakota; and from wiki-edited articles in Esquire and the Associated Press, all the way to Steal this Wiki, based on the classic Abbie Hoffman book “Steal This Book,” wikis are being used in a wide variety of media contexts. It seems that everyone from documentary film makers to comedians and performance artists have begun using wikis to collaborate with their audiences. Other examples include AssignmentZero and Wikinews. Can you please point us to others?

With the obvious success of virtual wiki communities, it is only natural that wikians want to meet face to face. Examples of this include the Wikimania conferences, as well as the Recent Changes Camp annual meetings.

Candidates for local and national offices are now using wikis to communicate with voters, solve civic problems, set policy and get elected. There's Wikitution , an attempt at re-writing the Constitution using wiki collaboration, Congresspedia , an online “citizen’s encyclopedia of Congress” tool for civic groups to access and update information about their representatives; not to mention the infamous case of Congressional staffers trying to ‘game’ Wikipedia by making thousands of changes to legislators’ profiles so as to make them look better! Also, Wikocracy –a community-edited website containing the laws of the land, where everyone is encouraged to change what they think should be changed about the laws; and Conservapedia, which bills itself as, “The trustworthy encyclopedia,” and was started in 2006 as a way to combat the liberal storytellers of Wikipedia. The Boston Globe describes it as, "The online encyclopedia for right-leaning nuts." Other examples: Wikileaks, a political activist site that attempts to increase transparency surrounding government activities by leaking governmental documents; Politicopia, a wiki devoted to understanding the Utah State Legislature; Twitchwiki, who political discussions revolve around video games; and CreationWiki, a creationist view of history. Other Examples: Open Congress. The oddwiki-hive / political-wiki-center gathers political-wikis.

How consumers are affecting – and being affected by – wikis used for shopping (Shopwiki for example, and Amazon’s Productwiki) and branding (Brandwiki,) where everyday citizens put down their ideas for a brand’s direction and it all gets fed back to management.. Plus, As Ross Mayfield (Socialtext) points out, businesses all over the world are now employing wikis in a variety of ways to improve their efficiency and bottom lines. Other Examples:

The multi-billion dollar travel industry is being affected by the use of wikis –which may well put travel guides out of business soon. WikiTravel was recently awarded a Webby as the best travel information site of the year. Other Examples: Wikithat

Worldwide wikis are being used to map and combat the spread of diseases, from the common cold to such potentially catastrophic epidemics as Avian Flu. The purpose is to help local communities prepare for and cope with pandemics—a task previously left to local, state and national government public health agencies.

No lawyer fees needed! Tour de France winning cyclist, Floyd Landis, has used WikiDefense and opensource technolgies to share the evidence in the court battle over his alleged dope use. Here's his site, are there others? 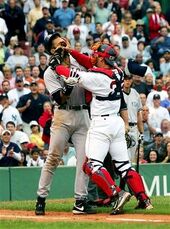 The CIA has been meeting with top wiki specialists, with a goal of improving its internal communications and information sharing. The agency is gathering content on sensitive topics as part of an effort to fix problems that plagued prewar estimates on Iraq. “We’re trying to transform the way we do business,” said the senior official overseeing the initiative for National Intelligence Director John Negroponte. Other Examples: Intellimedia

As you know, Wikipedia has versions in more than 125 languages. Each has its own challenges and concerns. In China, one of the world’s most popular web sites was blocked—then unblocked—then blocked again, by the rulers of the world’s most populous country. Also, a look at the differences between what the English-language Wikipedia says about controversial issues such as Tibet, Taiwan and Tiananmen, and what you can find in the Chinese Wikipedia—when you can find it, that is!

A project begun at American University to create a continuously expanding archive of memories on the web –from the personal, such as a first kiss, to the historic, such as experiences of 9/11.

Wikipedia founder Jimmy Wales’ new project, an ad-supported Web community called Wikia. "We're trying to upend the entire publishing industry," Wales says. Founded by Angela Beesley and Jimmy Wales in 2004 and backed by funding from Larchmont-based Bessemer Venture Partners, a network of Angel Investors, and Amazon.com, Wikia is a collection of Web sites covering everything from "Star Wars" - Wookiepedia - to the Muppets.

A collaborative writing project to build the world's largest how-to manual. Individual user contributions are creating a free resource that helps people by offering clear, concise solutions to the problems of everyday life.

Sites where fans of popular media can post about their favorite shows. They are part of the Wetpaint Wikis and are sponsored by the channel on which they run. Examples: Amazing Race Fan Wiki, Jericho Fan Wiki, Lost Fan Wiki, Top Design fan Wiki.

An attempt to combat the underlying gender bias which lies beneath the surface of even the most modern mode of communication, WikiChix is a wiki and mailing list for female wiki editors to discuss issues of gender bias in wikis, to promote wikis to potential female editors, and to stimulate general discussion of wikis in a friendly female-only environment.

The realm wikis first explored to help people create, share and edit reference material. Of course there’s the granddaddy of them all -- Wikipedia. Following that there's Wiktionary and Bartlett-inspired Wikiquote. But then comes the anti-wikipedia: Citizendium. Wikipedia's rival is in association with AssignmentZero to create an alternative open source encyclopedia.

Community content is available under CC-BY-SA unless otherwise noted.
Advertisement